Ramps allow young and old dogs in particular to get into and out of cars without danger of joint damage, and without needing to be lifted by their handlers. The 4pets EasySteps was designed to be the best ramp on the market, TÜV-tested for 100kg, weighing only 5.4kg, and telescoping from 69cm to 160cm. 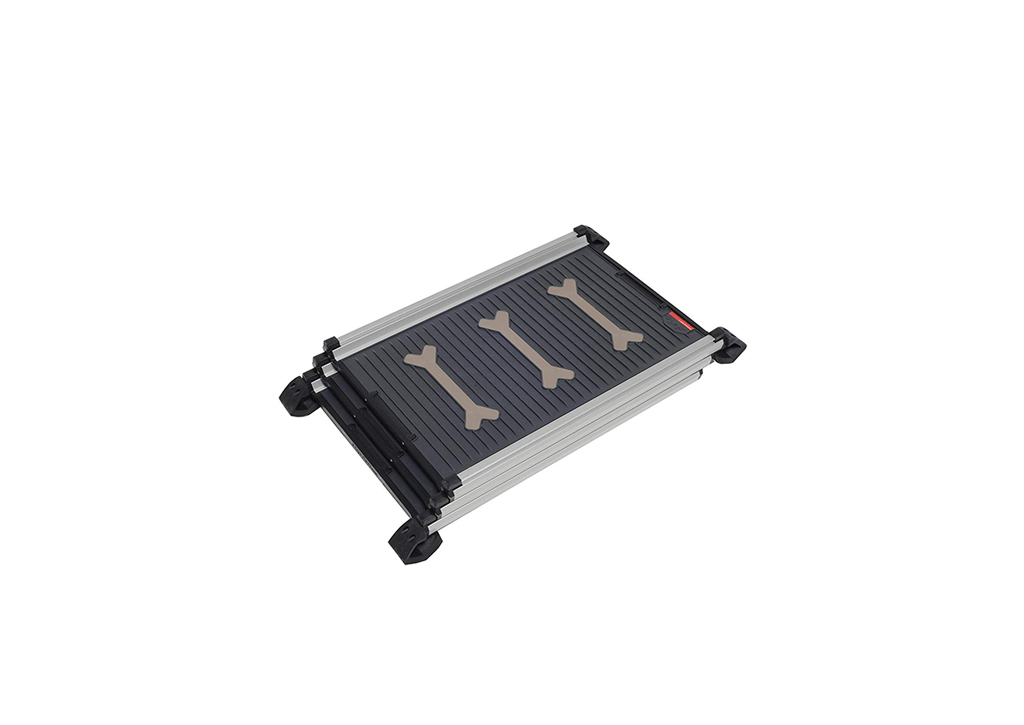 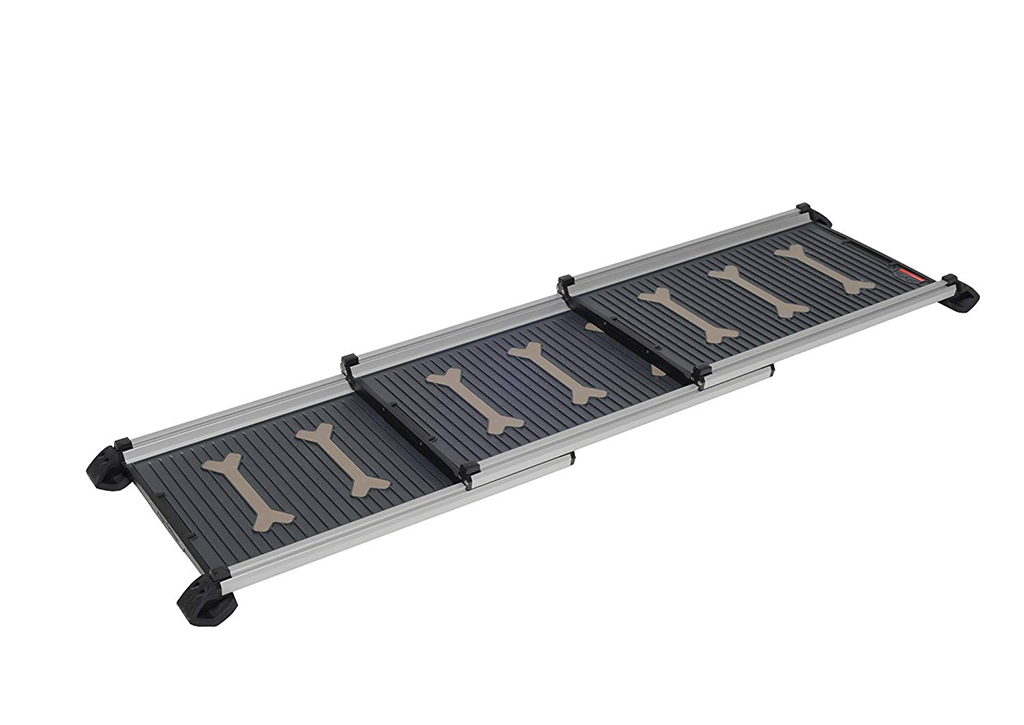 EasySteps is designed for single-handed use - one hand for the dog, one hand to open the tailgate and then to extend the ramp, which you can do by just holding it up and allowing it to extend; a controlled sliding system stops it from opening with a noisy crash.

Thanks to the clever telescopic design with integrated slide prevention, the lightweight EasySteps also fits in any boot along with a 4pets PRO cage taking the hassle out of trips away with your four legged friend. 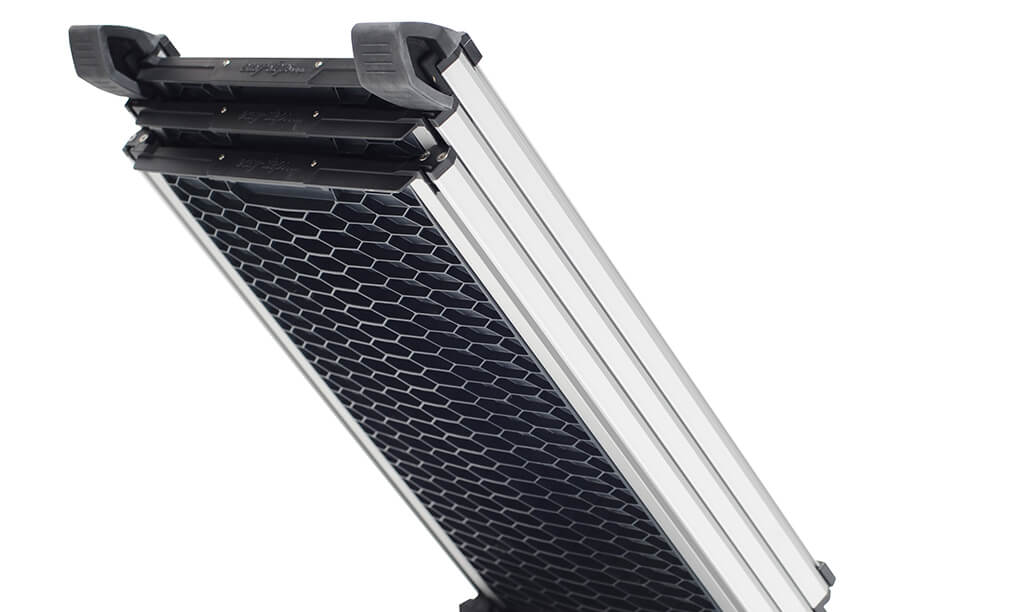 The treads provide a sure grip, even in the wet, and rubber safety feet hold the EasySteps securely in place on any type of ground, and also protect the car bumper. 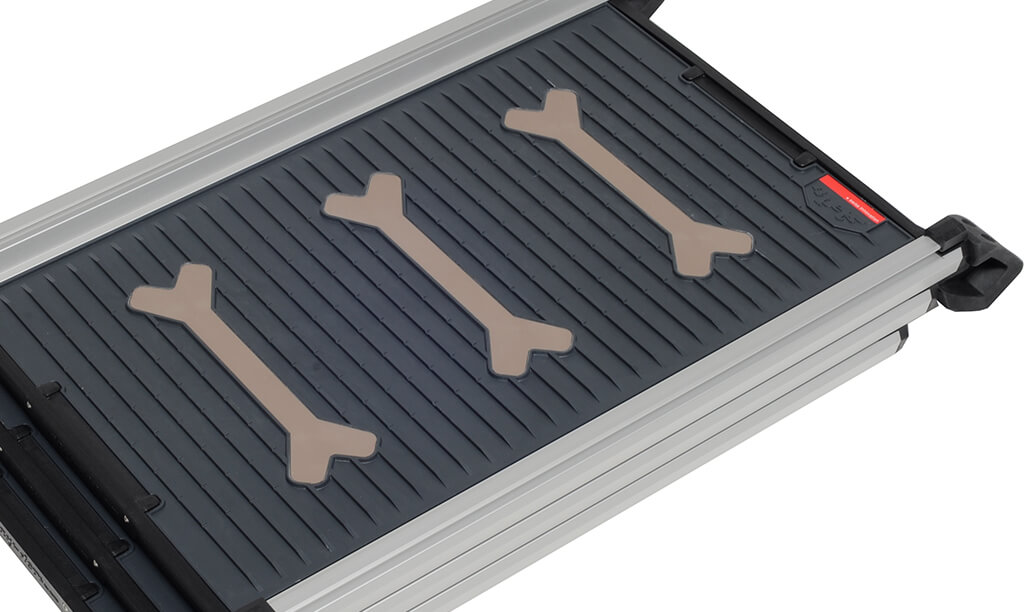 Suitable for dogs up to 100kg

Made from high tech, honeycomb structure 4pets EasySteps is suitable for dogs weighing up to 100kg. 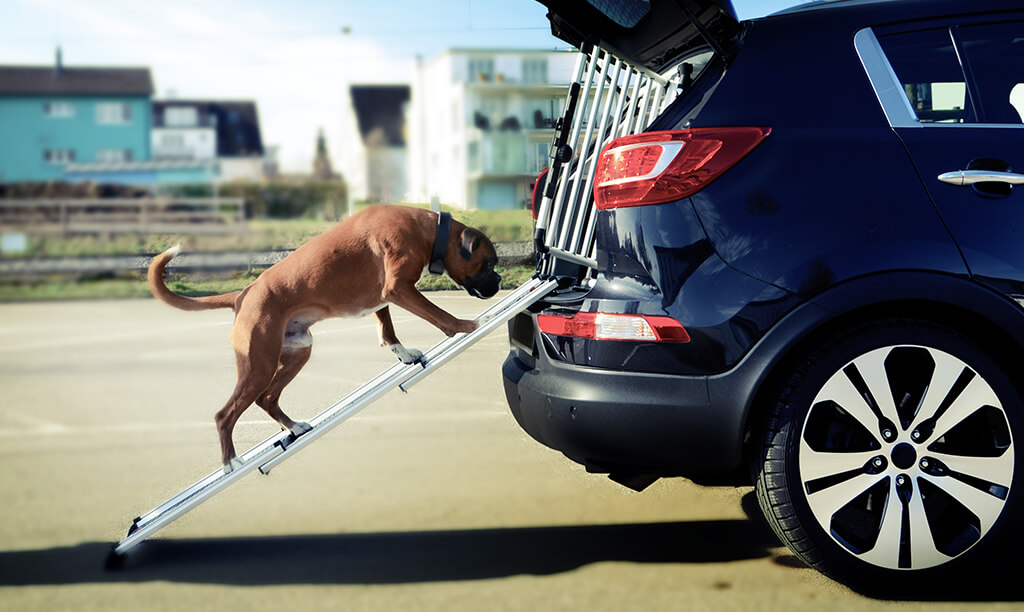 EasySteps enables you to protect not only your dog's joints and health, but also your own back as you no longer have to strain to lift your dog in and out of the car. 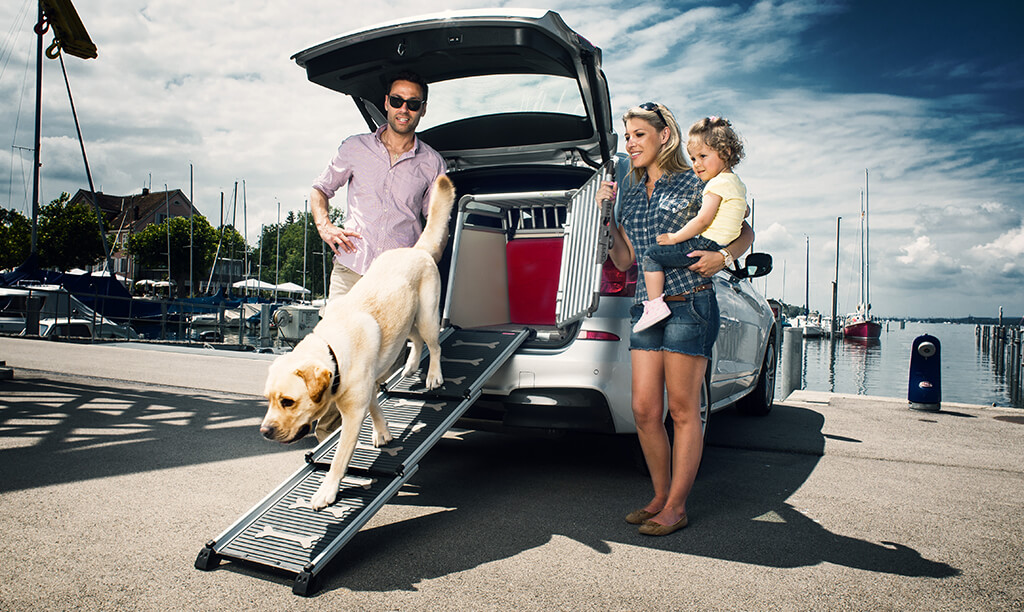